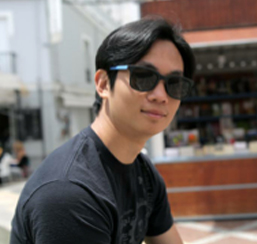 Bruce was born in Fort Lauderdale, Florida, and lived in Shanghai, China, for six years before going to high school in Fort Worth, Texas. His love for filmmaking began in high school when he directed and produced a 40-minute comedy that screened at his high school, and raised $1,300 charity for St. Jude’s Children’s Hospital.

He is a recent graduate from New York University’s Tisch School of the Arts’ film program with a focus on directing. His undergraduate thesis short, CAUGHT, was a regional finalist for the 2013 Student Academy Awards. He is currently in development on his first feature.