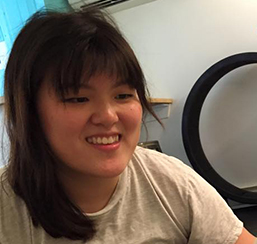 Erica Liu is an artist, filmmaker, and “MythBusters” connoisseur. She is based in New York City, but grew up in the small town of Somers, New York. She currently attends New York University and is pursuing a BFA degree in Film and Television with a concentration in animation and a minor in Game Design. Erica helped develop the VEVO OFFICIAL AVICII music video, animated bumpers on YouTube, and created an animated promo on BBC America during the Doctor Who 50th Anniversary marathon while interning for Frederator Studios located in New York City. She was also hired to create a short animated clip for a documentary that aired on National Geographic. Her stop-motion short animation, BRISTLES, was a top three finalist at the Fusion Film Festival and was awarded a 2015 James Richard Janowsky Award.