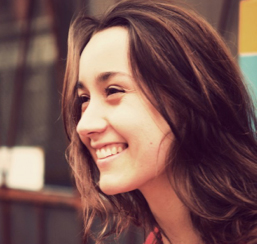 Melanie Delloye is a French-Colombian filmmaker based in Paris and New York. After a Bachelor’s in Philosophy and Russian in the University of La Sorbonne, she recieved her Master’s Degree from New York University’s Graduate Film Program.

Melanie is currently working as a feature screenwriter, while developing her own feature film in France. Her latest short film project, THE MAN OF MY LIFE, has won many screenwriting awards for development, as well as the support of the prestigious French National Center of Cinematography (CNC).