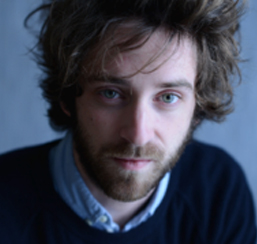 Vladimir de Fontenay is a director based out of New York City and Paris. His latest short film, MOBILE HOMES, received 1st prize at the Wasserman Awards—NYU Graduate Film School’s top honor—as well as the National Board of Review award. His films have screened at over fifty festivals around the world including SXSW, Clermont-Ferrand, Slamdance, Winterthur, Montreal, Hong-Kong, Uppsala, winning awards at the Seattle and Guanajuato film festivals, and has been distributed by major European cable networks including RTI Mediaset in Italy and TV channel France 3. He studied filmmaking at the Scuola Civica di Milano and is an MFA candidate at NYU Tisch’s School of the Arts, where he is a recipient of the prestigious Faculty Fellowship and the 2013 Spike Lee Production Fund. Vladimir is currently in post-production on a feature film entitled MEMORIA starring Oscar-nominated actor James Franco, Keith Stanfield, and Thomas Mann; a new short film narrated by filmmaker Chantal Akerman; and working with Danielle Lessovitz on a feature script inspired by his short film MOBILE HOMES.