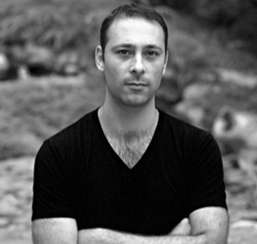 Zachary Kerschberg is a New York/Berlin based filmmaker. Raised in California, Kerschberg graduated from UC Berkeley with an honors B.A. in Romance Languages and Literatures. He later received an M.F.A. in Dramatic Writing from NYU and is currently pursuing his second M.F.A. in Film Directing at NYU.

He has screened his work at various international film festivals, including Cannes, SXSW, Rhode Island, Rain Dance, Woodstock, Nashville, Marbella and Oaxaca. His documentary films have screened at the United Nations, the World Bank and the Paralympics. In 2008 he was a Fulbright Scholar to the United Arab Emirates, where he taught screenwriting at the Dubai Men’s college.

Kerschberg is also active as a playwright, most recently with the experimental show “Bird Shit” at Moma PS1, starring James Franco and Marina Abrahmovic, as well as the interactive performance art piece “Snow White”, which premiered in Berlin’s historic water plant, and “Stronger Than Death”, a Guy de Maupassant adaptation.

He was recently awarded a National Board of Review student grant and is currently preparing his thesis film, BETWEEN DAY AND NIGHT, a narrative feature that looks at the recent artistic gentrification of Berlin’s Turkish neighborhood Neukölln.